If you have any other questions...
Contact Us
Toggle SlidingBar Area
Previous Next
5 Most Common Mistakes When Learning Chinese

5 Most Common Mistakes When Learning Chinese 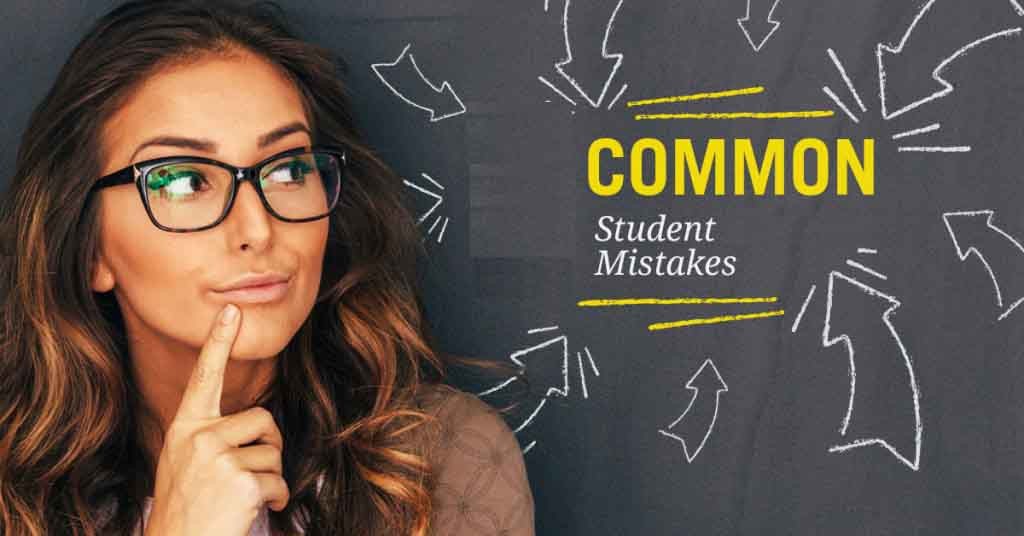 What are the most common mistakes students make when learning Chinese,lets have a look today

One common mistake when learning Chinese is word-for-word translation. The problem with this method is that the Chinese language is different from most other languages. Chinese vocabulary is constructed by strokes and radicals and the meaning of a word is embedded in a long history rather than in a direct meaning. When you try to find the direct translation in your own language, a method that many people use when they learn a new language, you will constantly run into words, phrases and grammar structures that have no direct translation. Many students are trying to learn Chinese by word-for-word translation;

we suggest student change their mindset. Otherwise students will often be disappointed when a word cannot be explained with a translated counterpart. Learning Chinese by the direct translation approach will work discouraging.

Chinese is a tonal language and if you mess up the tone, you may sound like you are saying an entirely different word. There are four different tones and each tone has a different meaning. If you speak Chinese without proper tones you might as well be half deaf and dumb. 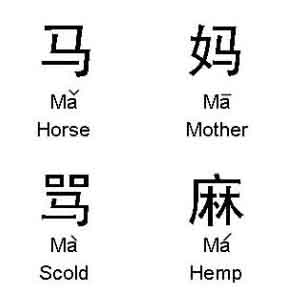 Some words in Mandarin share the same Pinyin and tone, making the ability to distinguish what each character means very important. For example “MA妈(mā),麻(má),马(mǎ),骂(mà). Someone who is not well versed in recognizing and understanding Chinese characters have difficulty in choosing them to use. Misuse of characters not only makes sentences nonsensical, but also shows fundamental errors in your understanding of Mandarin and what meaning each character holds.

Many beginner learners find the tones difficult; they try to ignore them, some students say he/she didn’t know the tone. This is the same as learning English but pronouncing all the vowels as the letter ‘a’: axactly, that das nat maka sansa. You have to recognized that the ‘four tones’ are an essential part of Chinese language.

We sugggest students to take more time to focus on practicing them and trying to get them right whenever you learn or say anything in Chinese. Even if it is more difficult at the beginning, or you speak slower, the effort it takes to get things right and get into a good habit is really worth it!

Chinese characters help you watch TV, get around town, help you reach conversational fluency faster and do pretty much everything you need to live in China without assistance. Learn to type in Chinese using the Pinyin pronunciation of the characters so you can learn to ‘write’ much quicker.

You might want to know how-to-learn-chinese-characters-effectively, starting from Chinese radicals and components, that can make things a lot easier for yourself. For example,
For example:
氵： water related  氵： 河(hé)(river)，  海(hǎi)(sea)， 江(jiāng)(river)；
女： female related 女： 妈(mā)(mother)，姐(jiě)(old sister)，妹(mèi)(younger sister)；
Chinese characters are interesting and will help you really understand Chinese language.

However, most sentence structures are completely different from English. So if you take a random English sentence and replace all the words into Chinese words (which itself is already difficult, see point 1) there’s a big chance that nobody will understand what you are saying.

One example is that Chinese adjectives are sometimes used as verbs. They can be attached to nouns without a separate verb. As this is very different from many European languages, speakers of these languages often try to use adjectives in combination with the verb 是 (to be,shì). But in Chinese this sentence structure doesn’t exist. The most common way to link adjectives to nouns is with 很 . This is often described as meaning “very”, but in this case its function is just to sit between the noun and adjective. If you translate ‘北京很大(běijīng hěn dà)’ literally you’ll get ‘Beijing very big’ but actually it means ‘Beijing is big’. 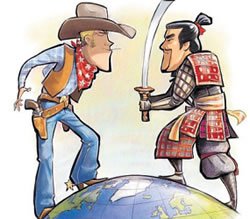 One frequently asked question by our students is how they can speak Chinese politely. For example, in English people often say “please”. When students come into a Chinese restaurant they might say “ 请给我菜单 (qǐng gěi wǒ càidān) ”meaning ‘Please give me the menu’. But Chinese people will just say “服务员，菜单 (fúwùyuán, càidān)”meaning ‘Waiter, menu’. This might sound rude to foreigners, but simply by lowering your voice you are being polite.
So the way to pay respect in China is not about what you are saying, but how you are saying it. And obviously the nonverbal part of communication also plays an important part in paying respect in the Chinese culture. This is true for restaurants but also in shops, taxi’s and business meetings.

Another important note is that people usually mention job titels when they are talking. Not only when talking to people in a ‘higher’ rank, but always. So in a teacher office two teachers will always say ‘Teacher Margaret’ and ‘Teacher Tom’ (and never only Margaret/Tom). So if you really want to be polite you should get yourself acquainted with the Chinese culture.

Communicating in a different language is a challenge, especially if you do not fully understand it. Mistakes occur, and sometimes they are hard to spot. Learning Chinese can be a strenuous process, 加油（jiayou）!

What is your Common Mistakes When Learning Chinese, let us know!