If you have any other questions...
Contact Us
Toggle SlidingBar Area
Previous Next
How to Learn Chinese

How to Learn Chinese! 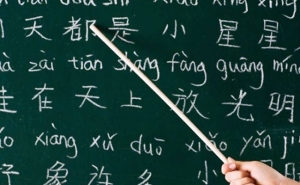 Chinese is far more different to European languages, lots of Westerners have managed to tame the language. How to learn Chinese is a frently asked question by our students. Lets start to learn Chinese from Pronunciation, Chinese character, reading, listening, grammar and sentence structure and speaking those aspects to explain it.

PRONUNCIATION:
1) Pronunciation, Zh, Ch, Sh, R ;  Z, C, S and J,Q,X, those are the most difficult pronunciations. For Japanese, R especially difficult. For Korean, J Q X are very difficult.
2) Chinese is a tonal language, which means that the same word can mean different things depending on the tone used to express them. This can be difficult for English speakers to grasp.For example, “mā” indicates mum, “má” indicates hemp.
But learning the tones is essential, no matter beginner, Intermediate and advanced levels. For beginners, the pronunciation is little bit boring, however, it is crucial practice. It will lay a good foundation for your Chinese language. You can learn slowly, but try to make correct pronunciation. Nobody wants to talk with a person without correct pronunciation.

READING
1) Learn Pinyin.Pinyin is a Chinese writing system which uses letters from the Roman alphabet instead of Chinese characters. It allows you to get started with reading and writing Chinese without the time involved in learning characters. It is important to use a proper pronunciation guide when learning Pinyin.
2) To read some Chinese characters.
The average Chinese reader will need to be familiar with about 2000 different characters for reading a newspaper. It is believed that there are over 50,000 Chinese characters in total (though many of them are no longer in use).
3)To write some Chinese characters.
Starting from “radicals”, there are 214 radicals in total, some can stand on their own as individual characters, while others are only used as part of a more complex character.
The order of the stroke— like from top to bottom, left to right and horizontal before vertical.
4)To improve your Chinese reading skills.
To begin with, you could try using some children’s readers or workbooks to practice your basic reading skills. You also can find some good resources for reading Chinese on the internet.
Then try to read Chinese newspaper and do your best to read through the articles.

GRAMMAR & SENTENCE STRUCTURE
Chinese has a complex grammar system, it’s very different to that of English and other European languages. Chinese uses grammatical features such as classifiers, topic-prominence and preference for aspect. For example, classifiers, yi ben shu (a book), yi zhang zhuozi (a table), yi zhi bi( a pen); As these features are not used in English, they can be quite difficult for learners.
On the other hand, when learning Chinese you will not have to learn any complicated rules involving verb conjugations, agreement, gender, plural nouns or tense. Most words consist of single syllables which are then combined to make compound words.

LISTENING:
1) Listen to Chinese CDs or Chinese song and watch Chinese films, TV show and cartoons, it is a great way to immerse yourself in the language.
2)  Don’t be afraid of making mistakes. The biggest obstacle that will stand in your way of learning Chinese is your fear of making mistakes.
3) Listening more and Repeating.

SPEAKING
1) Memorize simple & important vocabulary, practicing with them as soon as possible. Like    nihao(hello), zaoshanghao(good morning),zaijian(goodbye).
2) Learn some basic phrases.Like Ni hao ma? (how are you?), Ni xing shenme?(what is your family name?)
3)  Try to make correct pronunciation of the tones and practicing.
4) Practice with a native Chinese speaker.
To speak it with a native speaker — this will force you to think on your feet, help with your accent and expose you to more informal or colloquial forms of speech that you won’t find in a textbook.