If you have any other questions...
Contact Us
Toggle SlidingBar Area
Previous Next
Learn Chinese About Mid-Autunm Festival 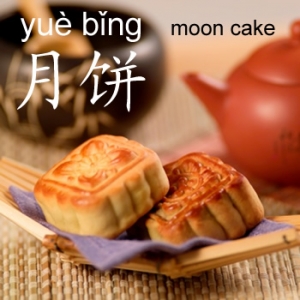 In China, Mid-Autumn Festival is the second most important festival after the Spring Festival . Every year, when the festival come, people go home from every corner  of the country and even the world to meet their family and have dinner with them, admire the full moon and eat mooncakes.

At that time of the year, the moon is at its fullest and brightest,thus, family members like to get together  to eat moon cakes ( 月饼 yuè bǐng ) and appreciate the full moon. The moon cakes are round, symbolizing the reunion of a family. The festival is also known as the “Day of Reunion” and the “Moon Festival”. 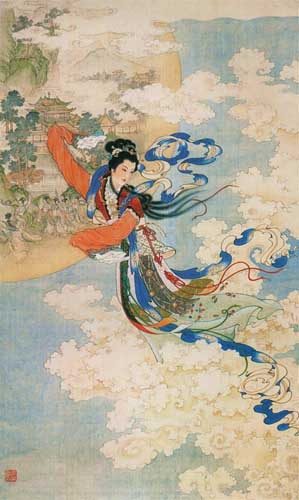 Legend has it, long long ago, ten suns rose together to the heavens, causing hardship for the people. A hero named Hou Yi （后羿）thus used his bow and arrows to shoot down nine of them.  As a reward , Hou Yi was given the elixir of immortality as a reward, but he chose not to consume it as he did not want to gain immortality without his beloved wife Chang’e. However, while Hou Yi went out for a hunt, Fengmeng, an evildoer, broke into his house and demanded Chang’e to give him the elixir of immortality to him, she refused to do so and instead drank it and flew upwards towards the heavens, choosing the moon as residence.

Legend says  the moon is inhabited by the goddess of the moon – Chang’e, the Jade Rabbit, and the woodcutter Wu Gang. You can see  Chang’e and Jade Rabbit from the top picture.