If you have any other questions...
Contact Us
Toggle SlidingBar Area
Previous Next
Chinese lucky numbers and unlucky numbers 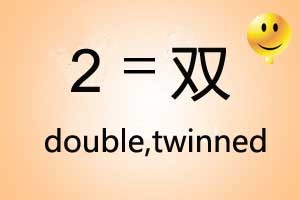 It is common to use double symbols in product brand names, such as double happiness, double coin and double elephants. For wedding ceremonies, according to the custom of ancient Chinese marriage, people will decorate gates and windows with a paper-cut 囍 (meaning double happiness). 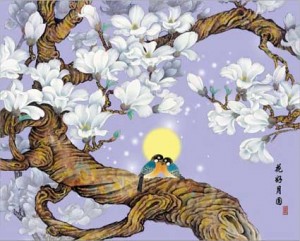 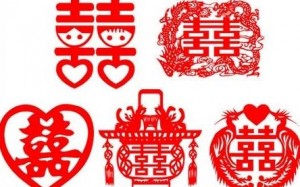 There are many congratulatory and complimentary phrases with the auspicious meaning of 2. For instance, ‘比翼双飞 Bi Yi Shuang Fei’ (Shuang meaning double), literally means flying wing to wing, which is the best wishes to remain a devoted couple to the end of their lives; ‘才貌双全Cai Mao Shuang Quan’ is used to describe a person to be pretty and also talented. When giving names to children, it’s also common to include the word ‘Shuang’ for luck. Also, in many areas of China, it is a custom to send duplicate gifts when married women visit their parents.

In Northern China, the number, when used as an adjective, mostly negative, can also mean “stupid”.二 (Two) pronounced ‘Er’ in Chinese is used as an adjective to ironically describe those who are intemperate, reckless, or intrepid. So when someone says you are Er or Er Bai Wu (Two Hundred and Fifty), it is not a word of praise. 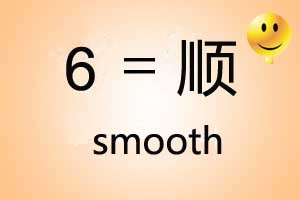 Chinese people take Six (六) as a fortunate number mainly meaning smooth or well-off. In Chinese “六六大顺 (liùliù dàshùn)” means that everything is going smoothly. In choosing the telephone numbers and the vehicle identification numbers, people often prefer a number including 6. When a person comes across his or her 66th birthday, it should be grandly celebrated, as Chinese people hold a generally-accepted opinion that if a person lives to 66 years old, he is doomed to be longevous. 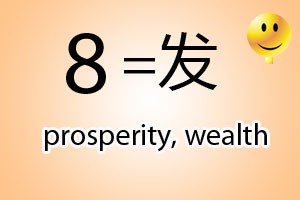 The number 8  (八 Pinyin: bā) is considered extremely lucky, sounds similar to the word which means “prosper” or “wealth” (发 – often paired with “发财” during Chinese New Year, but is used alone or paired with numerous other “compound words” that have a meaning of luck or success, Pinyin: fā). In regional dialects the words for “eight” and “fortune” are also similar, e.g., Cantonese “baat” and “faat”. Note as well, this particular symbol matches the mathematical symbol of infinity.

While Chinese does have other words for luck, this full understanding of luck that includes the infinity concept marries into a Chinese understanding of this particular word. When people choose telephone numbers, mobile numbers, house numbers, car identification numbers and important dates, 8 is usually the first choice. The popularity of 8 was obvious in relation to the Beijing Olympic Games which commenced at exactly eight o’clock eight minutes on the eighth day of the eighth month in 2008.

In modern China, numerical lingo has been very popular especially on the internet. For instance, 518 with the approximate pronunciation with Wo Yao Fa, meaning I want to be very wealthy. 88, with the Chinese pronunciation Ba Ba Liu like bye-bye in English, is frequently used during the instant chat on the internet to say ‘good-bye’ or ‘see you later’. 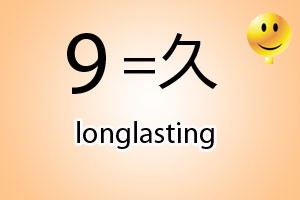 Although even numbers are generally considered luckier than the odd numbers, one odd number, the 9, is considered especially propitious. The number 9 has the same pronunciation with 久 (Jiu, meaning everlasting). On the Valentine’s Day, a man usually presents his lover 99 or 999 roses to symbolize the eternal love. Similarly, according to the traditional Chinese marriage custom, the bridegroom has to give a Red Packet to his bride’s family, in which CNY 9,999 or CNY 99,999 is enclosed to bless a long-lasting marriage of the couple. Lots of young people get married in1999.

The number 9 has traditionally been associated with the emperor (viz. the number of 9,999 rooms in the Forbidden City) and partly owing to the fact that the sound byte for “nine” is close to that for the word “longlasting”. 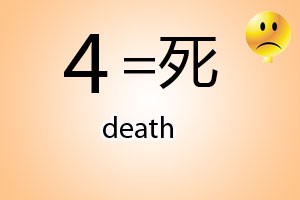 The number 4  is generally disliked by Chinese people just as 13 is in the western world. This is because Four is pronounced Si in Chinese, the same as 死 (death). Therefore, many buildings, especially hotels don not set the fourth, fourteenth and twenty-fourth floors and other floors with 4. When choosing the telephone numbers and the vehicle identification numbers, many people would avoid number 4.