If you have any other questions...
Contact Us
Toggle SlidingBar Area
Previous Next
Chinese Gift Giving taboos

When you study Chinese in Beijing or as a business people will likely observe the Chinese custom of giving gifts to classmates, friends, colleagues or business partners. There are some gifts that should be avoided due to cultural symbolism or the fact that that word shares a similar pronunciation to something undesirable.
Chinese gift giving taboos!

Clocks –sòng zhōng ( 送钟 )
In Chinese, “sòng zhōng (送钟)” – “to give a clock”, it has the same pronunciation as the phrase “sòng zhōng ( 送终 )”, which means that the family of a deceased person has completed all the tasks related to burying their loved one.
Due to the sound connection between these two unrelated things, giving a clock is in bad taste. 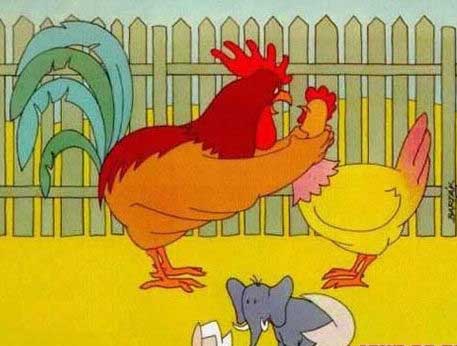 There is an old Chinese saying in which “wearing a green hat” or “dài lǜ mào zi (戴绿帽子)” means a husband’s wife is not being faithful to him—-best not start a happy marriage with thoughts of green hats. So never buy a green hat for any male married friend, as wearing a green hat has the same meaning that his wife commits adultery.

Umbrellas – sǎn (伞)
Umbrella cannot be used as a gift for married couples because 伞 (sǎn), the Chinese version of ”umbrella” sound similar to 散 (sàn), which can be translated into “separate”. Giving an umbrella symbolizes that the relationship between husband and wife may soon dissolve. Not exactly the happy wishes you want to send to the newlyweds. 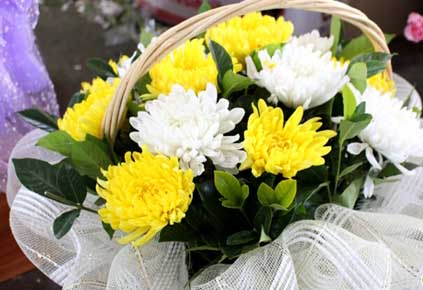 The Chrysanthemum – júhuā（菊花） is often used to mourning the passing of a loved one and so is hardly a fitting gift to celebrate a happy moment or memory.

Share a Pear – fēnlí ( 分梨/离)
Sharing a pear （梨 lí） with your friends or families, especially your loved ones can be a taboo in China. In Chinese, the phrase for “sharing a pear” is 分梨(fēn lí). It is a homophone of 分离(fēn lí) which means “to separate”. Certainly you don’t want to separate with your loved ones. So, whenever you eat a pear, eat it all by yourself!

The Number “4” – sì ( 四/死）
Four sounds like Si in Chinese, which means death. You should avoid giving gifts in sets of four. When giving cash gifts, avoid giving an amount that includes a four such as 40 or 400 since the pronunciation of four, “sì (四)”, sounds similar to the word death, “sǐ (死)”.

There’s plenty of variances from region to region and within each family. Use this as a guide and seek input from someone close to you if you’re unsure.