If you have any other questions...
Contact Us
Toggle SlidingBar Area
Previous Next
the Most Famous Chinese Women in History!

the Most Famous Chinese Women in History

It is International Women’s Day  (the 8th of March) today, let’s learn some famous women in Chinese history. 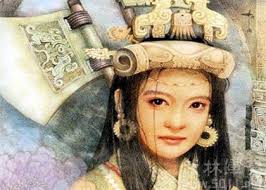 Fu Hao (Fù Hǎo, 妇好,died c. 1200 BC) or Lady Hao was a queen, general and high priestess of the Shang dynasty in Eastern China during the 13th Century BCE.
She was one of wives of King Wu Ding (武丁) of the Shang dynasty,also served as a military general and high priestess. Minimal evidence detailing Fu Hao’s life and military achievements survives the Shang Dynasty, as it precedes the invention of paper and the records may have perished over the course of time. 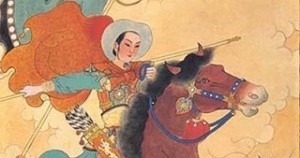 If you have ever seen the Disney animated movie “Mulan,” then you are already familiar with the story of Hua Mulan, the legendary woman warrior who pretended to be a man in order to take her ailing father’s place in the army. She fought bravely in the army for twelve years and earned many merits before returning home. The takeaway? Don’t be afraid to break the rules, and women can do anything that men can do. Although there is no historical record of an actual Hua Mulan, the literary record “Ballad of Mulan (Mùlán cí 木兰辞)” is still taught in schools today.

Wu Zetian (625-705) was both a famous empress and the only female emperor in Chinese feudal history. She was the empress of Emperor Gaozong of Tang Dynasty (618–907 AD). She was in power for 47 years and ruled the empire as emperor for 16 years.
In spite of her ruthless actions in order to gain and keep power in a Male-Supremacy Society, Wu Zetian was still widely considered as a very competent monarch who effectively rule China and brought the dynasty to prosperity. 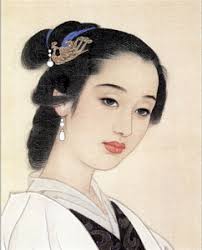 She is considered as one of the greatest poets in Chinese history, also China’s best-known poets, she wrote during the Song Dynasty, when Chinese women would have been actively discouraged from writing. Yet she was determined to create a place for herself in the male literary tradition. 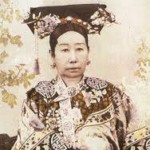 Empress Dowager Cixi (1835 —1908) was concubine of the Emperor Xianfeng , mother of the Xianfeng’s successor Emperor Tongzhi and adoptive mother of the Emperor Guangxu. Empress Dowager Cixi  was known as “Uncrowned Queen” of the Qing Dynasty, she was the actual ruler of the Qing Empire for 47 years from 1861-1908. Her reign was widely given negative comments. In order to keep her power she signed a series of unequal treaties with Western powers and retarded the development of the country.