If you have any other questions...
Contact Us
Toggle SlidingBar Area
Previous Next
The Top 8 Apps for China Travelers and Expats

The Top 8 Apps for China Travelers and Expats

If you are plan to travel or work in China, the top 8 Apps for China travelers and expats, you should know. Communication, browsing mobile internet, listening to music and watching videos are the most common activities of Chinese mobile users. Not surprisingly, companies who traditionally dominated those niches on the internet have also been the leading providers on mobile. 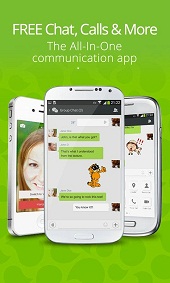 Weixin (微信), also known as Wechat, it is Developed by Tencent Holdings Ltd in 2011,  the most popular form of Social Media in China. Everyone uses this app in daily life. It is even called the business card (名片míng piàn).

Wechat’s main function is instant messaging, send text, voice message, photos and make phone and video call to friends no matter where they ar, for free (to be connected to internet). From group chats to sharing moments and promoting business, WeChat appears to be a combination of Whatsapp, Instagram and Facebook.
Wechat Wallet function is growing in popularity nowadays, you can pay in most stores, cafe’s and taxi’s.

WeChat has over 300 million users so if you live in China, don’t be surprised if your newfound Chinese friend ask you for your WeChat ID instead of your phone 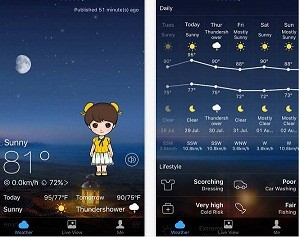 MoWeather- Forecast and Temperature Planner, it is developed by MoJi FengYun (Beijing) Software Tech Developing Co., Ltd
MoWeather is the English version app of China’s most popular FREE weather app “Moji Tianqi 墨迹天气”. It can show real-time weather and air quality for all places in China. It automatically displays the weather conditions in your place including: Humidity, Wind, Air quality index, Pressure, Sunrise, Sunset and more. It also offers 24-hour, 6-day weather forecasts which help you redesign your trip and know what to wear for the following days’ trip. 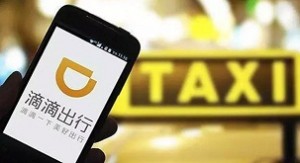 Didi (滴滴出行 Dīdi chūxíng), is a mobile transportation platform, offering a full range of commuting options to 400 cities in China.

Didi, once Uber’s biggest ride-share rival in China, Uber sold to Didi in August 2016, ending an expensive price war. The Uber App you use may not work in China.

In 2017, a good news for foreigners visiting or living in China, Didi customers who don’t read or speak Chinese will also benefit from the new feature- a real time translation. Didi took one more step toward enticing foreign users to its service by releasing an English-version update of its app in China’s three largest cities. Users in Beijing, Shanghai, and Guangzhou will now have the option of an English interface, as well as the ability to instant message drivers, thanks to real-time translation. 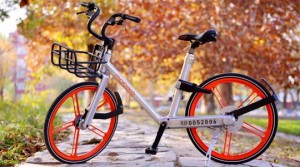 Mobike 摩拜单车, founded in 2015 and owned by Beijing Mobike Technology Co., Ltd. is a fully station-less bicycle-sharing system, headquartered in Beijing, China. Mobike was acquired by Meituan in 2018.

Mobike began offering its service in Shanghai in April 2016. Today it operates in nine cities across China. It is founded on the idea that bicycles can provide a cheap, easy and environmentally friendly way to navigate China’s urban areas and that the proliferation of smartphones should allow people to use bikes as and when they want.

Mobike makes use of GPS to allow its bikes to left anywhere in a city. The company’s mobile app helps locate available bikes, which can be unlocked by scanning a QR code that is present on each bike. 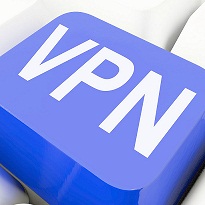 Virtual Private Networks, or VPN for short, is the most important app that you should use when travel to China (No need to use VPN if you travel to Hong Kong, Macau or Taiwan).
In Mainland China many world famous sites Google, Youtube, Gmail, and social media platforms, Facebook, Twitter and Instagram are all blocked. Since you may have to use any of these apps as you main way of keeping in touch with friends and family. In order to access these services either for sharing your experience or avoiding any worry or confusion of your friends and family, you need have a reliable VPN service to unlock these blocked services.
Consider buying a plan with Astrill or Express VPN if you think you’ll want or need to use these apps while you are in China.

Google Map is the best choice if you travel to China. It is completely available in both English and Chinese and can navigate exactly to the place you are looking for. But google-powered service is often disturbed and blocked. In most situations you can not access its map service. So you should consider another awesome free map app named “高德地图(gāodédìtú)”. This is the best mapping app in China with up-to-date database and accurate directions guide. The app is in Chinese only.

If you want to buy the cheaper products, try Taobao, the “All Powerful” e-commerce site and app that plays a huge role in the daily life of students, parents, business owners etc. You need it!

Taobao, one of the largest marketplaces in world, you will be able to find anything and everything, from food to clothing and tools for working with leather to exact copies of western brands.
The best part is that is normally cheaper than in the stores and you will have it shipped straight to your door, sometimes even on the same day you ordered it!

Taobao may be difficult to navigate with all of the counterfeit and overpriced products, so ask a Chinese friend for help when trying it out! 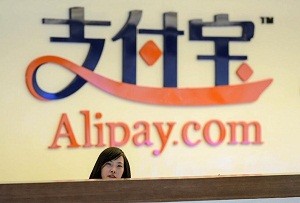 How do you pay for all of these goods you bought online?
The most popular app is Alipay, it was launched in China in 2004 by Alibaba Group and became the world’s largest mobile and online payments platform since 2014.

Alipay is the world leading third party payment platform who devotes itself to providing the fastest, most secure, online, and mobile experience in all kinds of payment transaction from utility bills to a small restaurant transaction in a Chinese traditional market.

Simply link your bank account to the Alipay app (similar process for the WeChat wallet) and transfer money. Alipay has a chat function so if anything goes wrong with a payment to a supplier or shop, you can just chat and solve the issue.

Tell us what do you think the top apps in China!